1 million for the Birthday – Khanyi Mbau spoils bae Kudzai.  A lot has been said about Khanyi Mbau. From her acting skills, to her love for the soft life. But we feel like not enough is being said about what a great girlfriend she is. Worry not, though, because her man Kudzai Mushonga will remind us when we forget. 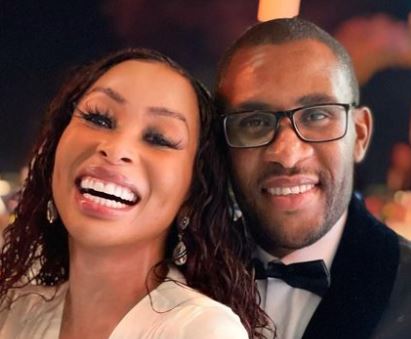 Khanyi was recently home for the debut of her Netflix film Happiness Ever After, which was a huge success. As soon as it was done, though, she could not wait to get back to her second home, to her boyfriend in Dubai.

As it turns out, it was Kudzai’s birthday, and Khanyi couldn’t wait to spoil him. The two shared videos of the whole thing online throughout the day, and wow! Yes, I am very jealous. Mrs K, as she calls herself on social media, had a whole day planned out for Kudzai, and it is the stuff of dreams.

First they went to the spa at the Five Palm Jumeirah Dubai hotel. For your information, the spa treatments cost anywhere from R1000 to R5000, depending on the package selected. After that they had some expensive drinks. And we are talking proper expensive. Have a look at the selection photographed by the businessman. 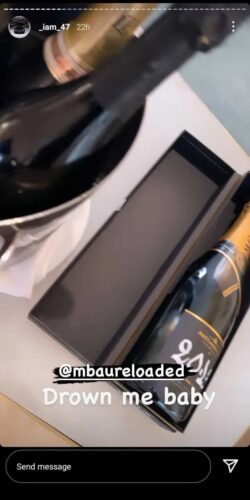 We already knew Khanyi loves the soft life. But perhaps the biggest surprise came when Kudzai revealed that she had brought one million to spend on him for his birthday. Now, he didn’t specify which currency he was speaking of, but either way, the amount is staggering. Not to mention 1 Million United Arab Emirates Dirham would convert to over R4.2 Million. On a single birthday! I need to sit down.

The sweetest thing was how Kudzai kept gushing over Khanyi the whole time. He called her superwoman, showered her with kisses. He even had advice for his fellow men. “My people. Guys, big guys, small boys, everybody. Date a woman that will bring a Gucci bag with money in it,” he gushed. “Baby came with one million for my birthday!” he continued. 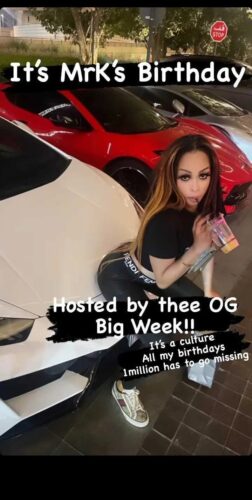 It is clear that the two are very deeply in love with each other, and we love to see it. The whole time, throughout Kudzai’s disbelief at the fact that he didn’t even need to bring a card because Khanyi took care of him completely, she kept reassuring him that he deserves it all. Aren’t you just a little teary? I know I am.

It’s great that the two found their way back into their fairy tale love. They had a very public rough patch that had Khanyi branded “drama queen”, but clearly they patched things up and are now living their best lives.

We are just going to need that currency clarification. Not that it will make any difference, but we would like to know in how many currencies we can’t afford a relationship. You know… for research. Either way, we wish them the very best together, and hope to hear wedding bells on the horizon soon!