6 year old Mzansi viral star has died. Death is the big thief, it doesn’t care whether you are still a child or how grown you are. There is nothing that hurts like death of a toddler. 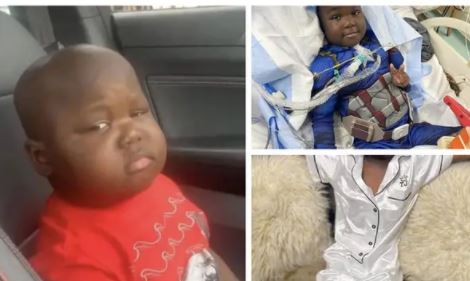 Do you still remember Antwain Fowler also known by the name; Big TJ? the black American toddler boy who used to make funny videos on social media, one of them is that one where by he is looking himself at the mirror saying: “I swear to God, that’s me”. 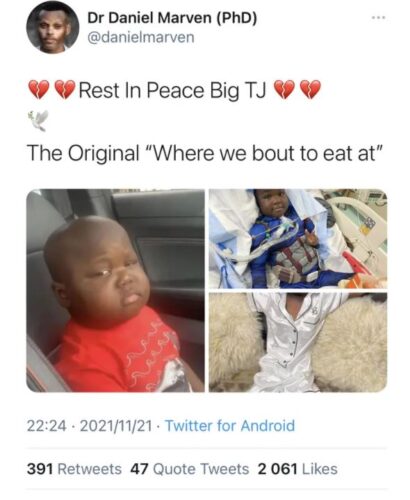 It has been reported that the six-year-old boy has passed away on Sunday, the 21st of November 2021. His cause of death has not been confirmed yet. Fowler was apparently diagnosed with autoimmune enteropathy (AIE) in July of 2015. 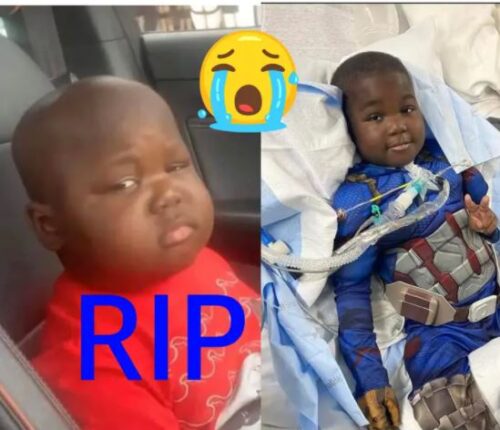 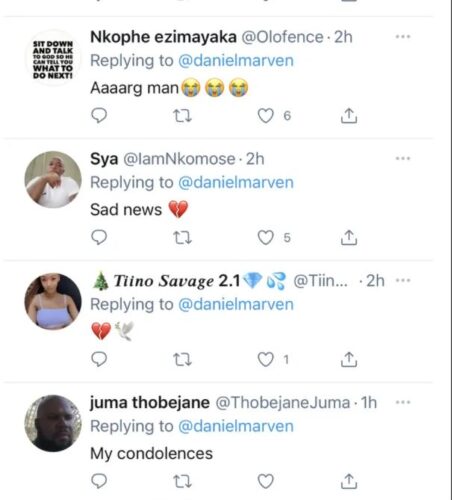 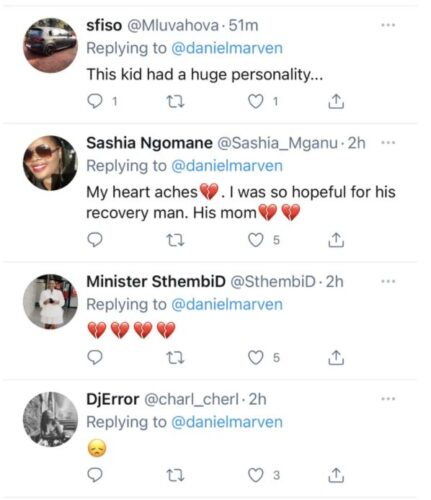 A post recently appeared on Fowler’s Instagram account with a caption that reads, “Never in a million years My heart is out my chest.” The message written on the post states, “The pain in my heart is like no other Why God!!!”

Also Read – Generations The Legacy coming to an end

Everyone is shocked by this breaking news on social media, “My heart aches, I was so hopeful for his recovery”, “Last week he was apparently battling a rare stomach disease”, “is he dead for real? Oh!My God I can’t believe this, the big notorious himself … RIP young king. May God strengthen his mom during this difficult situation”

Anyway, check out some of the comments below: