Bad news for SA’s Covid-19 vaccine rollout plan – The vaccines are expiring in April and they are weak. The rollout of the AstraZeneca vaccine, of which South Africa received a million doses last week, appears to be on hold for the moment, following the vaccine’s less than stellar performance against the currently dominant strain of Covid-19 in clinical trials. 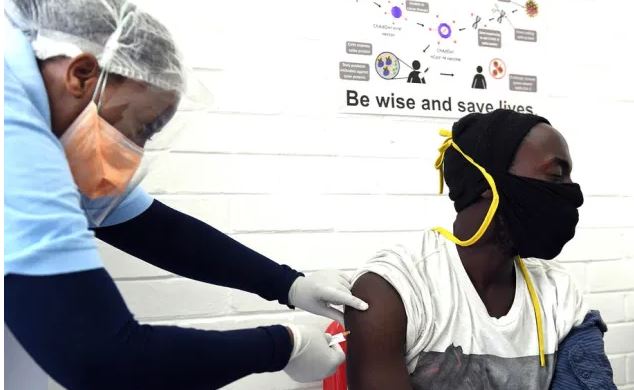 And, not only are the vaccines largely ineffective, but it appears they are also due to expire by April, meaning thousands of doses would be expired by the time healthcare workers are supposed to get their shots.

Following the fanfare around the delivery of the Covid-19 vaccines from India last week, the latest news may have let the air out of the government’s vaccine rollout plans.

There is, however some good news, as it appears that the Johnson & Johnson Janssen AD26 vaccine is highly efficient in preventing severe cases of the virus, and this vaccine, as well as a number of doses of the Pfizer vaccine is expected to be rolled out in phases across the country soon.

The bad news
Prof Shabir Madhi, Dean of Health Sciences at University of Witwatersrand reported back on a study conducted on the AstraZeneca vaccine, which involved 2000 adults between the ages of 18 and 65, excluding those with HIV and severe comorbidities.

The results were disappointing, with the vaccine providing only a 22% risk reduction for mild to moderate cases of the disease caused by the 501Y.V2 variant of the virus, which is driving the second wave of the disease in the country.

Madhi had said that a successful study would need to show at least 60% protection against the virus.

While Madhi and his colleagues maintained that vaccination is the only possible way to ensure South Africa reduces Covid-19 infections and deaths, he also believes it is time to readjust our pandemic response. Prof Barry Schaub agreed with Madhi that the prime aim should be to prevent severe disease and the burden on the healthcare system.

Madhi said South Africa can expect yet another resurgence of the virus in three to four months. He suggested that it might even be feasible to proceed with rollout of the one million doses of the AstraZeneca vaccine, since they pose no harm, and could still offer some level of protection against serious illness.

Madhi said, however, what the data of the study did not show was whether the vaccine prevents severe cases of the disease.

He also said the mutations being seen in the virus mean Covid-19 might stay with us for the rest of our lives, and is unlikely to disappear completely.

Even more encouraging though was the announcement by Prof Glenda Gray that the Johnson & Johnson Janssen AD26 vaccine fared significantly better than the AstraZeneca vaccine, and that it could soon start rolling out locally.

The J&J vaccine uses technology that had previously been used in vaccines against Ebola and Zika viruses, and unlike other vaccines it is much more stable at regular refrigeration temperatures. It also requires just a single dose, compared to the two doses for other vaccines.

The massive J&J study involving 44325 subjects in the USA, Latin American, and SA included participants from all race groups, as well as several with comorbidities such as obesity, diabetes, hypertension, and HIV.

The vaccine had a 66% efficacy of preventing serious symptoms after 14 days, and was 57% effective against the dominant South African variant.

After 28 days, an 85% efficacy was observed, across all regions where it was tested.

J&J have applied for emergency use approval and there is a rolling submission to the South African Health Products Regulatory Authority (SAHPRA) for its approval. New data is consistently being added to their submission as it becomes available.

Gray said they are at an advanced stage to see the J&J vaccine rollesd out locally, in “an accelerated manner”.

There are research sites across the country, in both rural and urban areas, which Gray says will assist in the roll out of the vaccine in a phase 3B study, but she and the minister were at pains to point out that this does not mean those receiving the vaccine would be guinea pigs, since the vaccine has been proven to be safe.

The vaccination programme will proceed, but will be linked to an implementation study. The J&J vaccine will initially be rolled out to only 100 000 people and hospitalisation rates monitored.

More good news:
Prof Abdool Karim also revealed that there are at least 2 vaccines coming which promise to protect against the latest variants, as well as potential booster vaccines, which could add to the immunity conferred by current vaccines, while also protecting against future variants.

Furthermore, the government is in negotiations to possibly acquire other vaccines, including the Russian Sputnik V, Moderna, and Sinopharm vaccines.

Abdool Karim said there may be the next generation of vaccines which may have a broader target, which could protect against not only the current range of variants, but also against future variants.

Meanwhile, Mkhize said the government will engage with the Serum Institute of India, who supplied the AstraZeneca vaccines, on whether they will be allowed to return the vaccines, which are set to expire in less than two months, since the normal expiry period for vaccines is usually 6 months.

Mkhize said the decision to purchase the AstraZeneca vaccine was taken as there was a need to purchase vaccines and start rolling them out urgently, and at the time the results of trials against the new variant were unavailable.

DJ Maphorisa Gets Shot At