Busi Lurayi’s body was found with injuries, blood. Busi Lurayi’s death seems to have so many secrets as investigations is still on going. 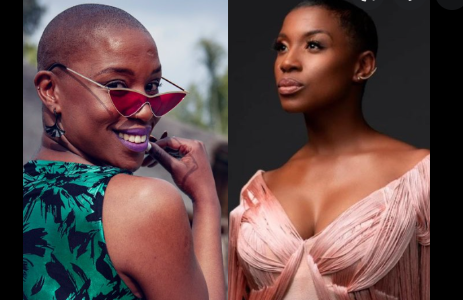 The star was laid to rest last week after she passed away on July 10.

According to reports, Busi was found dead in her daughter’s room after she was excused from set for not feeling well.

It has also been alleged that she was found with visible injuries and blood was allegedly coming out of her mouth.

The publication alleges that a source, who is a close associate, claimed her body was found with bruises, with blood coming out of her mouth.

Her father Freddy Mokoena found her deceased in her daughter’s room. Apparently, when the police officer arrived, he found Busi’s body bruised on her legs and her mouth was slightly open with blood coming out.

The source said this to the publication: “If she died of natural causes, then why did she have bruises on her legs and why was blood coming out of her mouth when her father found her lying down in her bedroom? Something is amiss here. We can’t wait to see what the autopsy report says.”

The source also told the paper that Busi did not have any enemies and hope the police would do a thorough job in finding what exactly caused her death.

“She did not have enemies; she was always a jolly person who was loved by the entire universe. If someone harmed her, that will be so shocking because she would never provoke or hurt anyone. The police should do a thorough job here, we need answers. They know what we are talking about.”

Also Read – Katlego Danke’s husband has been a secret & not known by anyone for many years.Mzansi has managed to dig deep & he has been revealed