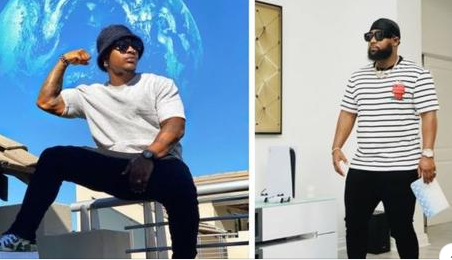 Priddy challenges Cassper for focusing on Slik Talk who isn’t good at boxing.

”Ek se Abhuti Billiato, I was never scared. You hit my line & called me up about a fight & I gladly said yes, I didn’t hesitate, I didn’t stutter. If you “Iron Mike” foreal, you can’t be fighting people who can’t fight. Seems to me like you the scared one. You got my number,” Ugly wrote.

Cassper responded by stating that he’s down for the match so long Priddy doesn’t pull out like AKA and Prince Kaybee.

”I called cause I a man of my word. You once tweeted saying you wanna get in the ring with me cause everyone was ducking. Size wise,im way bigger than you, skill wise I am way more experienced than you. YOU EASY MONEY for me but if you really sure you wanna do this, let’s rock!!!”

Enjoy papi, it’s gonna be your last night of drinking for a while, from tomorrow drink water only.

I want the best for you. https://t.co/2iJoARzfCY

Priddy ugly responded affirmatively to Cassper, but the Siyathandana hit maker is afraid of being disappointed again.

”I hope Priddy Ugly isn’t another one who is gonna tweet & go hide in the studio like princess & ma drugs. Lol… He ouchea sounding very confident when he applying for a serious ass whopping. Could we possibly see #CassperNyovestVsPriddyUgly this year? It’s about to get ugly!!!”

Also Read – Their romance already has a stamp of approval