Explanation for Tshidi and Gadaffi’s sudden exit on Generations 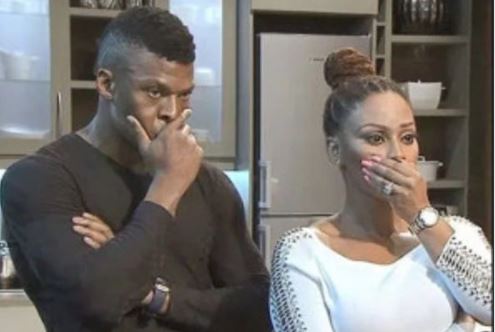 Known for his gangster role, Kumkani is one of the most paid cast members on the set; however, his relationship with the producers of Generations The Legacy, has been rocky over the past few years.

In August 2020, Vuyo was allegedly offered a role on a film produced by American rapper and actor Curtis Jones popularly known in the entertainment circles as 50 cent.

Gadaffi previously disappeared on Generations The Legacy as a fugitive of justice after breaking out of prison.

Due to his body structure and toughness, Vuyo Dabula once said he feels underutilized by plating soapie roles. He longs for more dangerous and extreme action movie roles to realize his potential. On Generations The Legacy, the Gadaffi character is a ruthless gangster who plays cat and mouse with the police.
He had a long-standing battle with Jack Mabaso over drug territories and power. Kumkani doesn’t tolerate being double-crossed and doesn’t hesitate to put bullets in heads; his major weakness is on his son Mpho – the role played by Junior Singo and his ex-wife Tshidi – the role played by Letoya Makhene.

When he last disappeared, Gadaffi was helped to break jail by ex-wife Tshidi; he resurfaced under the diplomatic immunity of his recently married wife, Oby Okere – the role played by Khabonina Qubeka .

Also Read – Breaking: Nomia Rosemary Ndlovu sentenced – This is how long she will stay in jail

Reasons for his plan of leaving for Miami doesn’t add up, and usually, when the unexpected happens, an actor will be on his way out of the cast.

Generations The Legacy has experienced another exit in actor Kay Sibiya who played the role of a journalist Siyanda Khoza.

He exited the cast through suicide after revealing that he had arranged the murder of his brother Jack Mabaso.