Ferguson Films looking for Uncle Brutus’ four children – Here is how you can audition. The Queen seems to have lost its ground of late in the plot and storyline. We can all agree the mass exodus of seasoned actors gave the show a considerable blow. 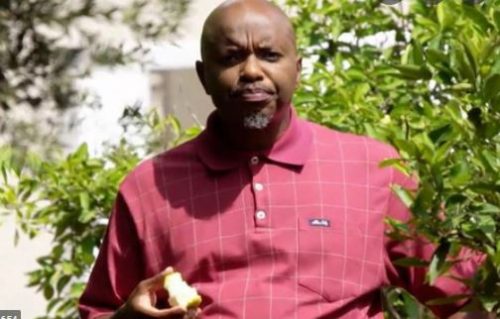 However, the drama series has managed to wow Mzansi with its star-studded cast in the mix of things. We can all agree the showrunners of The Queen has proved a point why the drama series is one of the best not only on Mzansi Magic but Mzansi at large.

In recent months the show lost several lead actors, SK Khoza, who was shown the exit door after being implicated in a gender-based violence case. Celebrated star actress Cindy Mahlangu dumped the drama series in the eleventh hour in her exit.

In a chaotic house filled with boys who are constantly bickering with each other, he’s always been the calm amidst the storm. He’s a man of reason, unwilling to let himself be ruled by emotion.

Cebo’elihle doesn’t always speak much but when he does, he imparts the kind of wisdom that is beyond his years. More than anything, Cebo is an advocate for peace.

Mlungisi is the self-proclaimed fixer. Mlungisi is a fighter and is convinced that he has the solutions to every problem but it usually involves fists and a gun. He’s trigger happy and always itching for a fight. He’s unremarkable as a person, the average guy who’s always been overlooked. No one sees him and so he’s constantly fighting for attention.

Nkosiyabo is the last born. He’s always had things easy and has always been a little too spoiled. Especially by his father. The apple of his eye. Nkosi loves nice things.

He’s the young cheese boy to who women seem to be drawn. He’s flashy, loves to party and never wants to work hard for much in his life. Nkosi overestimates himself and is constantly getting himself into trouble.

Archetype: The Black Sheep Nqobizitha is the eldest of Brutus’ sons. The black sheep of the family who’s always misunderstood. Nqobi is defensive, entitled and feels robbed of his place as the head of the family. Nqobi unconsciously dresses just like his father, wearing Brutus’ signature Brentwood trousers. They have the same manner of speech.

Here is a link with auditions sites and dialogues that will have to be translated to isiZulu. Check the link: https://drive.google.com/drive/folders/1L_EBmXD_FNo9_sEUIkGXaSPabdnE_Vam