Gomora Katlego Danke’s Alleged Husband Revealed. As social media is still looking to find out if she really is pregnant in real life, more about her secretive life seems to be tumbling out of the closet lately.
There are allegations that the actress is married and her recent pregnancy is her second. 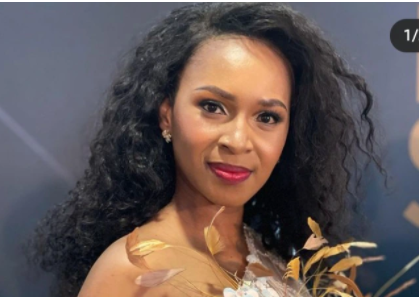 Unconfirmed reports claim she is married to a budding social media star, Bafana Mthembu who has been seen in photos with her.

The young man who has gained a following on social media for his trendy outfit show “Asgqoke”, is claimed to be the 43-year-old actress’ husband. 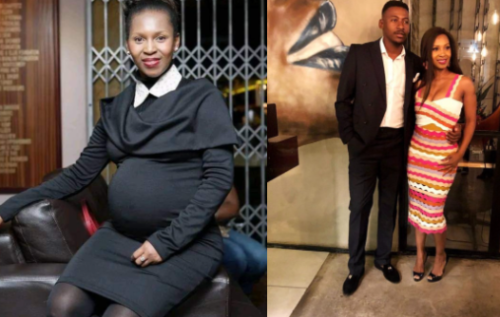 Daily Sun claims that Gomora’s writers are currently rewriting her script to incorporate her pregnancy into the show storyline.

“She has only informed a few people, including the producers so that they could incorporate her pregnancy into her script,” the publication claims.

All the trendy tittle-tattle on Katlego’s life is all but speculations. The actress likes to keep her personal life away from the public eye.

According to her storyline on Gomora, the actress is pregnant with Phumlani’s baby, played by Buyile Mdladla. Sources further claim that in upcoming episodes viewers will see her being left by Phumhlani with an unborn baby.

This has left many confused if Katlego could really be pregnant in real life or if the rumours are part of her role on Gomora.