Imbewu finally gives its side of the story on firing Phindile Gwala. E.tv’s popular soapie, Imbewu: The Seed has rubbished claims that it fired popular actress, Phindile Gwala who plays the role of Fikile.This is after several media outlets reported that the actress was fired for being incompetent. 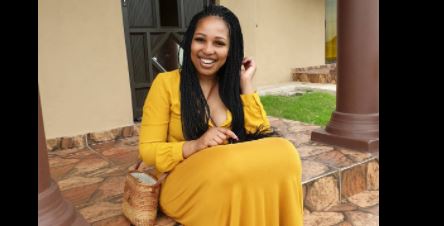 The show’s publicist, Eugene Cele reached out and stated that the reports are false and that Phindile left the show to pursue other interests.

“The reports are false. She left to pursue other career interests. There is no bad blood between us, just grown, and we wish her well with her future endeavours,” said Eugene.

Media reports stated that Phindile’s character is being fired as she failed to impress the new producers of Imbewu with her acting skills. This led to producers showing her the door.

The former Muvhango actress also exited the SABC 2 soapie in 2017 to pursue her personal interests and returned to TV last year to play her Imbewu role.

The publicist confirmed her exit but did not confirm how she will exit the show.

Here were some reactions from fans of the e.tv soapie:

A viewer named Javino agreed with reports that the actress is indeed incompetent by stating that he was not impressed with her acting skills at her birthday party on her show.

“She did not make it seem real or genuine. Just said her lines and shed some tears while hugging her friends and family. I think producers are looking past beauty and physical features and are now looking for talent.”

The actress has not replied to reports that she was fired by Imbewu: The Seed at the time of publishing this article.

#SkeemSaam A very close member of the Maputla family dies