Israel Reveals Reason For Exiting Gomora. At first, Israel Zulu revealed that his contract on the Mzansi Magic hit show Gomora did not get renewed. But now, the iconic actor has revealed that he is sick and his health is allegedly deteriorating. 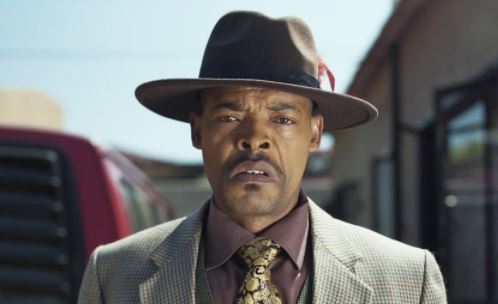 Speaking to Daily Sun Israel said he started getting sick when he joined the hit telenovela, and things have not been getting any better. It got to the point where he used a wheelchair duringhis last days on set.
“The reason I am leaving the show is because I am sick, I started becoming sick shortly after I joined Gomora and I decided to leave the show because I saw it was becoming difficult for me because I can’t walk. Towards the end when I was shooting my last scene, I was using a wheelchair to get on set,” he revealed to the publication.

Although the decision to leave the telenovela as an actor and return to behind the scenes was not an easy one, Israel saw it fit because his health comes first.

“Performance is my life, this was one of the hardest decisions that I had to take, but I saw that my health matters the most and I need to recover. It was also hard because people had fallen in love with my character and I see some of them are protesting saying they are going to stop watching,” reckons Israel.

The publication reveals that Israel suffers from gangrene which is said to be a very dangerous and “potentially fatal condition” which is caused by dead tissues, “I will recover, but not any time soon,” he told the paper.

His legions of fans did express concern regarding his exit with some saying they will not be watching the show. But some were breathing a huge sigh of relief because they feel as though Gomora writers are not doing the character any justice.

Such a powerful actor bored a lot viewers because they feel he should be given a more stronger role, not the one of Don.

One of the viewers said, “Don storyline is stupid and doesn’t make sense, how does a person with money act like a hobbo and stay in people’s houses by force you loosing it Gomora was coming right but this is pure nonsense,” @Luv5Preet said.

Speaking about his character when he joined, he told Daily Sun, “I’ll be playing Don. He had a relationship with Zodwa, played by Sannah Mchunua, and they had Teddy. He dumped Zodwa for a rich woman and went to live in mansions. Unfortunately, the woman recently died,” he told the paper.

“Now he’s down and out as the wife’s family took everything and he has returned to Alex. He’ll come back with his daughter Sibongile. Don will also be competition for Mam’Sonto, played by Connie Chiume. He struggles a lot after returning and ends up getting into hijacking. Soon he starts taking over Sonto’s operations.

“Don is coming to take over but people will love him because he’s funny. There will be sadness, sorrow, action and more importantly, drama.”