Photos & Video: Back Together? Makhadzi and Master KG being lovey-dovey, Share Lovely & Cozy Moment in the Studio Together. 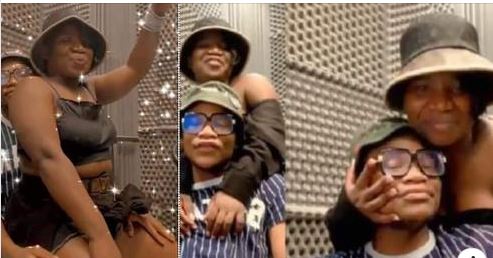 Limpopo Queen, Makhadzi went live on Facebook with Master KG showing like something to make us not sleep at our homes is being cooked for this December.

The two were all lovey dovey, it does not even need a conclusion that the two are back together.

Both Master KG and Makhadzi, both from Limpopo, have been separated for several months, but their supporters are still having a difficult time embracing their split from one another.

They were busy creating new music and in the process they went live on Instagram, there has been some few photos of the duo being too close to each other for some weeks now. 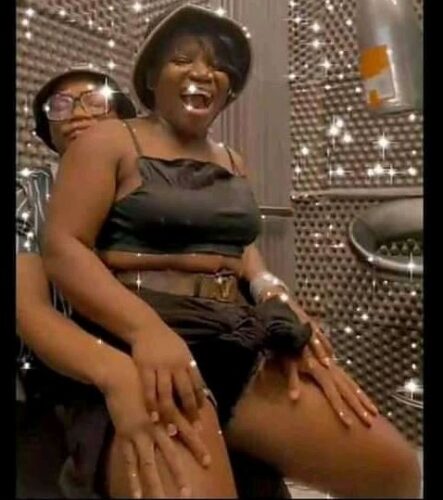 Makhadzi stated that the two of them came to an amicable understanding to end their relationship and that they are now just friends, no strings attached, and are currently on good terms with one another.

Since then twitter users took it out that Master KG is an opportunist just hanging around Makhadzi because of the R120million that she just bagged on her sneaker deal. The two were once lovers and it wouldn’t be bad for them to rekindle their love.

Makhadzi fans want her to play far from Master kg because his only there for the money, some argued that Master KG has his own money and in no way is he being an opportunist they just friends who were once lovers.

Recently, Master KG came on stage while the singer was performing to a large crowd at her show. They both hugged each other at the end of the performance, while Makhadzi can be heard appreciating him for the surprise. 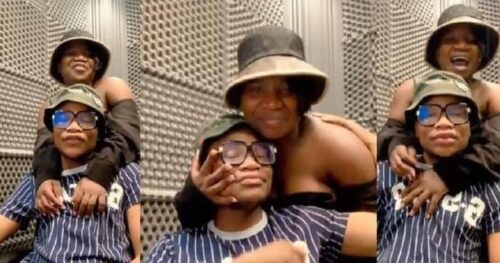 The two music stars might be ex-lovers, but there’s no bad blood between them as they make jokes together and support each other’s career.

“What happened is we decided to be a brother and sister. We are cool with each other. There is no bad blood between us. I have moved on and I am dating someone else,” she said few months ago.