Mama Jackie aka Jub Jub’s Mother Jailed For Selling Orphans. Mama Jackie, also dubbed the Mother Theresa of Diepkloof, was on Friday sentenced to 12 years imprisonment, of which five years were suspended, for selling two orphans to a childless couple, as well as illegally running an orphanage. 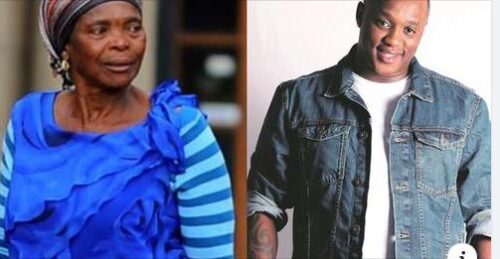 The 61-year-old Raisibe Ramohlola may also not work with children for five years after she was released from prison.

Judge Mahomed Ismail, sitting in the high court in Pretoria, said the court accepted that she selflessly helped abandoned or orphaned children and that she did humanitarian work.

“In essence, she is a good person and not the normal violent criminal,” he said.

He, however, said while all worked out in this case as the two children ended up with a loving and childless couple, a message had to be sent out that child trafficking will not be tolerated.

The judge said in many cases of child trafficking the children end up as sex slaves.

Mama Jackie, up to the end, insisted that she never sold the children for which she was convicted, but insisted that the couple gave her a R30 000 donation for her orphanage.