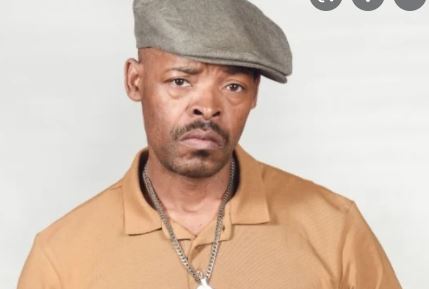 On Gomora, Don plays the role of an impulsive gang leader who previously left his marriage with Zodwa to stay in Sandton with a wealthy woman. Don’s fortunes turned south when the rich woman died, and her relatives took away everything leaving Teddy and their daughter Sibongile – the role played by Nandipha Khubone homeless.

In a bid to have a roof over his head, Don turned to Zodwa, who lives with her son Teddy. Don is Teddy’s father; he abandoned him at a tender age and had an obsession to make up for the lost time and regain his son’s trust.

When Don returned to Gomora, his birthplace, he tried to make ends meet through working at Zodwa’s boyfriend, Bongani’s Shisanyama. He joined a crime syndicate and took over Mamsonto’s operations as the car hijacking syndicate leader.

The struggle for power between Mamsonto’s camp, led by Thathi, her daughter and Don, ended in bloodshed. Thathi connived with Don’s trusted man Ntokozo and Stompie to direct him into a lion’s den. When Don found out he was trapped, he cornered Ntokozo and wanted to kill him; he drove to the river and forced him to dig his own grave. Mazet arrived on the scene and wrestled for Don’s gun, which went off, leaving Mazet injured and wheelchair-bound for the rest of her life.

Who killed Don on Gomora?

Don succumbed in the hands of his loved one Teddy who had earlier on purchased a gun to protect his mother against violent Don. Teddy again saved Ntokozo and Melusi when he killed his biological father, Don.

Whats next for Israel Matseke Zulu?

Israel Matseke Zulu leaves Gomora as an actor but retains his behind the scenes role. Before playing Don on Gomora, Israel was involved during the telenovela’s conception as a scene scout. He looked for places to shoot scenes and managed to secure the school in which Gomora was being shot.