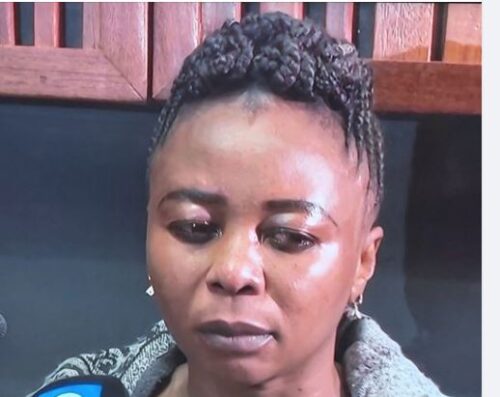 Judge Ramarumo Monama handed down the judgment on Friday.

However, the state failed to prove its case beyond a reasonable doubt on the conspiracy to commit murder charge, so it was discharged by Monama.

The former police officer was accused of plotting to kill her sister and her sister’s five children in Bushbuckridge, Mpumalanga, so that she could cash in on insurance and funeral policy payouts.

Direct imprisonment
Before Ndlovu learned her fate, Almerie Myburgh, who is a criminologist with the South African Police Service (Saps), said the former police should be classified as a “serial murderer” given her convictions.

“The crimes before the court were premeditated and meticulously planned well in advance. They were calculated and cold blooded in their nature,” she said.

“The fact that [Ndlovu] shows no remorse, at this stage, there is no prospect for rehabilitation. I can make no other recommendation, but direct imprisonment,” she added.

The criminologist was one of the witnesses who took to the stand to testify in aggravation of Ndlovu’s sentencing.

BREAKING WATCH #RosemaryNdlovu threatens one of the witnesses before she leaves to serve her life sentence. In Tsonga she says even though she is spending this Christmas in jail she will be out next year and she is coming for them.#eNCA pic.twitter.com/DxKnASrmKS

Meanwhile, Monama sentenced Ndlovu to life in prison – 25 years for each of the six murders she was found guilty of as well as:

The judge also dismissed Ndlovu’s application for leave to appeal conviction and sentence.

Killing spree
Ndlovu received more than R1.4 million in insurance payouts after the deaths of five of her relatives and her boyfriend over a period of six years between 2012 and 2018.

According to the National Prosecuting Authority (NPA), the insurance policies were mostly for unnatural death and Ndlovu was beneficiary.

Her killing spree came to an end when Vincent Kunene, one of the hitmen she hired to kill her sister as well as her children, was horrified that she wanted kids murdered and reported it to the police.

After this, a trap was set and an undercover police officer filmed Ndlovu telling him to burn her sister and her five children alive in a house in Bushbuckridge.

The former police officer, who was stationed at the Tembisa police station, was subsequently arrested.