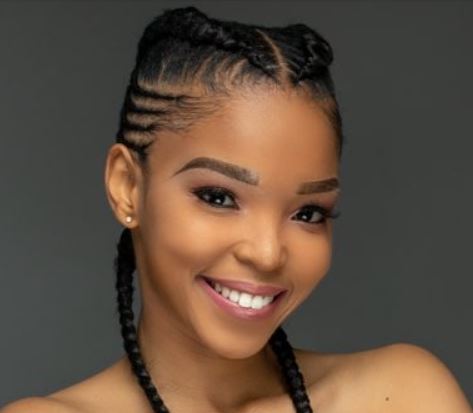 This beautiful actress holds an AFDA Degree which she obtained in 2013. Many don’t know about her because she is a three times SAFTA nominee, and she has grown so much in the industry, and her being nominated is proof of that.

Besides her prominent role on Rhythm City, she also bagged a feature on Soul City as Zibondiwe in 2015. Mapula looks 17, but she is 29 years old as of a date; this continues to amaze many people.

Despite doing so well for herself, she still faces bullying from trolls. This time, a Twitter user chose to come after her just because she was wearing swimwear.

This is what the user said:

What Mapula is wearing should be the least of his concerns; instead, focusing on his grammar should be his main priority, but this is how Mapula replied.

Just take the leap of faith. People will talk either way… pic.twitter.com/Q2dCxxLLKa

“What’s sad is your need to police what I wear to go swimming. Maybe the problem is your perverted mind. But you’re right. For your sake, the next time I go swimming, I’ll wear dungarees.”

It’s honestly so sad how much bullying these young girls have to take just because they are celebrities, but Mapula handled it like the true celeb star she is. What a powerful woman. Honestly, if we could take and accept everything being said from an older man’s perspective, we would be setting ourselves up for failure; the world is evolving, showing skin is nothing more than self-expression. If you have a problem with it, maybe the issue lies with you.