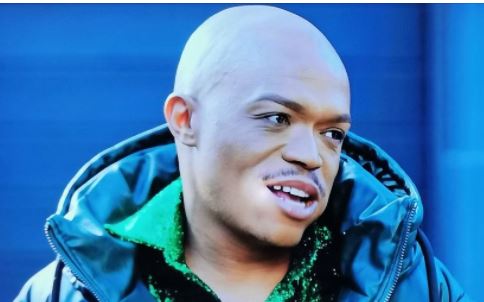 The episode left many viewers on the edge of their collective seats as Somgaga graced their small screens. Somizi threw major shade at his estranged husband Mohale Motaung pouring more fuel to the fire.

At this point it is crystal clear that Somizi and Mohale are no longer an item. A couple of months ago, there were rumours of infidelity and divorce, but they were adamant that they were just going through a rough patch. Mohale even flatly stated that he would not be getting a divorce at some point. He told The Citizen, that they were not getting divorced.

Somizi's answer when Cassper asked him about Mohale 😩💀#TheBraaiShowWithCass pic.twitter.com/1rXvyZuUJ4

However, after a leaked audio of his accusation that Somizi was abusive and had some wild sexual fantasies, he had to backtrack on the statement. “I took my keys and walked out, he took a knife. I was about to exit, so he said to me, ‘if you exit… I’m going to kill us both.’ So I took my keys and ran. He grabbed the knife and said ‘if you walk out, I’m going to stab you.’ Now I see a different person. I was sh*t scared and walked back into the house. He said ‘let’s talk.’ He cried and we moved on,” said Mohale in the audio.

Somizi later released a statement and vehemently denied abusing his husband and accused Mohale of deliberately harming a reputation he has worked so hard to build. ” Our relationship has its ups and downs but I have NEVER been physically or knowingly emotionally abusive towards my estranged husband. I vehemently deny the allegations of criminal acts towards him and would like to clear my name of that defamation. What I am going to state however is that we had one altercation in which I had to defend myself and both of use were physically hurt by the other. I am at this stage not at liberty to dive deeper into the details but can state that he is not a victim in this situation.

“It took me this long to arrive at a stage where I could make the conscious decision to share my life traditionally and lawfully with someone and that should explain the level of depth of my love for that person and commitment to that person. It is incredibly painful that what I thought would be a beautiful new normal for the rest of my life with the love of my life, is no longer what will happen.” he said.

Also Read – Here Is The Faces And The Story Behind The Hand That SPEND The Money! – Pics