Statement: Ferguson Films Officially Speaks After Firing Actor SK Khoza; Here’s What They Said About Him. 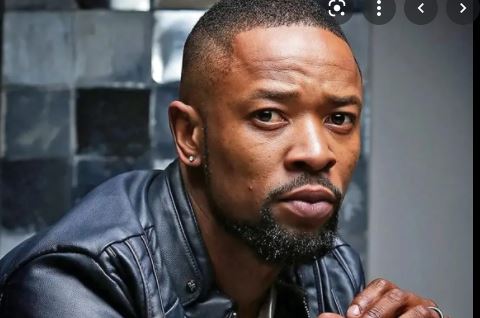 Ferguson Films has sent well wishes to actor Sthembiso “SK” Khoza after his exit from The Queen. This comes after he was axed from the show in early November.

“Mzansi Magic confirms that we have been informed by Ferguson Films that SK Khoza will no longer form part of the cast of The Queen,” M-Net channel director of local entertainment channels Nomsa Philiso confirmed to TshisaLIVE in a statement.

In a post shared on the Ferguson Films Facebook page recently, the production company praised SK for his hard work and wished him the best in his future endeavours.

“We would like to wish Sthembiso ‘SK’ Khoza all the best for the future as he exits #TheQueenMzansi. You have been a hardworking individual from the day you walked onto our set. We have no doubt that you will carry on winning and working harder! Until next time!” read the post.

While Ferguson Films have not revealed the reason behind his dismissal, City Press reported that it was due to him allegedly assaulting his ex-fiancée Ayanda “Mandy” Hlongwane who, according to the paper, allegedly opened a case of assault at the Fourways police station for his intent to cause grievous bodily harm which led to his arrest and him later being released on R1,000 bail.

Troubled actor, SK Khoza, who currently plays the role of Shaka Khoza has been fired from Mzansi Magic’s telenovela, The Queen again.

The Queen showrunners were forced to cut ties with Mzansi’s favourite SK Khoza, known as Shaka Khoza, on The Queen. His exit comes after the seasoned actor was implicated in some daring abuse allegations.

SK Khoza’s dismissal comes after he was arrested for assaulting his estranged fiancee Ayanda Hlongwane.

Media reported that the actor and his then-fiancee got into a fierce argument which resulted in SK Khoza beating, kicking and dragging Ayanda in her Fourways home. It is said that his contract with The Queen has been terminated with immediate effect.

Mandy Hlongwane opened case of assault with intent to cause grievous bodily harm against SK Khoza last weekend. SK Khoza allegedly physically assault Mandy after she questioned him about impregnating another woman while they were planning their wedding.

Also ; Writers & producers are scrambling to write Shaka Khoza out of the storyline because the actor was fired so abruptly once the channel got informed of the allegations. If Harriet’s absence is anything to by, expect weird scenes to cover SK’s absence on #TheQueenMzansi.

The problematic local actor @skcoza was shown the door for the second. Those close to the Actor says @connie_ferguson tried many times to to guide him , but the actor keeps going astray.

Connie really tried Admin , but it looks like trouble is his second name and he won’t listen to anyone , says another actor who was on the phone with Admin dishing out the news. #maphephandaba

SK WAS FIRST FIRED IN 2019
The 35-year-old actor was also fired by Ferguson Films in 2019 for being unprofessional and having ‘diva tendencies’ on set.

A source told Drum Magazine that Khoza’s personal life followed him to work.

“He’s always in trouble. If he’s delaying production, he’s involved in child support drama that has been following him to work.”

“He’s not the same person (that) he was. It’s as if fame changed him.”

He was the talk of the town that year for cheating on the mother of his children with his colleague, Pabee Moganedi, who played the role of Mamiki on The Queen.

He returned to the show in May 2020 after viewers began a petition demanding his return which gained over 29 300 signatures and went viral.