The Drama Isn’t Over Yet Mzansi As Kelly Khumalo Silences Jub Jub Once & For All. In the wake of Jub Jub’s drama that has rocked the country for a couple of days now, his baby mama Kelly Khumalo is not bothered by all of the negativity that comes with it. 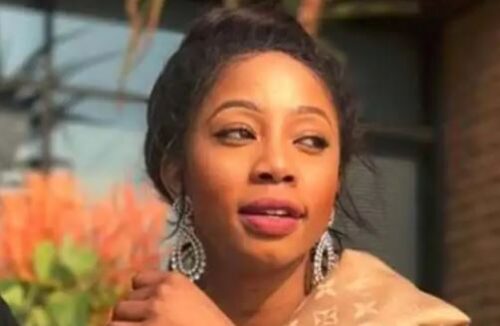 Jub Jub made startling allegations against Kelly, claiming that she uses muti to trap men. He revealed this in an interview on Podcast and Chill With MacG. The Uyajolala 9/9 host Amanda Du Pont, whom he claims to have dated, left him because of Kelly’s muti.

“It’s not news that she uses muti. Everybody knows she uses muti, and I guess she used that for me to stay with her,” he said. Mzansi was left shaken by these wild allegations and Twitter users were enraged over his alleged abuse against Kelly. Several Twitter users criticized him for not talking about the alleged assault that left Kelly bruised. Images of Kelly’s bruised face resurfaced on social media leaving Mzansi shook.

Jub Jub spoke about his desire to have a relationship with his son in Mac G’s interview. “Please, I need my boy. The boy needs his father and please can we meet at your soonest convenience… and we can address the issue of the boy and any other issue that you wish to address. I want to put our differences aside for the sake of the boy,” he said. According to Kelly on her reality show, she had gotten tired of asking Jub Jub and his family to participate in Christian’s life.

“I’ve tried and when Christian gets older he will know. I mean his old enough to remember that I did mention certain things with him because I was trying to make an effort for him to have a father in his life. I am washing my hands. I have had enough,” said Khumalo

Kelly has been minding her own business despite the whole debacle and on her Instagram, she posted a video of herself singing a gospel song.

Amanda Du Pont came out with guns blazing to protect and expose Jub Jub of allegedly raping her for two years. Masechaba also accused the rapper of raping her while she was a virgin.

Kelly Khumalo posted this video on her IG few hours ago

Yazi lena I would do the same… Sometimes you just needs to wake up & choose happiness & peace regardless of what is being said about you 🌻#MacG | #podcastandchillwithmacg | Jub Jub | pic.twitter.com/X700LmfVEx

Also Read – LISTEN: ‘She told me she was pregnant with twins, where are they? Jub Jub’s mom Mama Jackie reveals shocking details

Not only that, but a woman by the name of Refilwe Kumalo also accused Jub Jub of making advances towards her, “I worked closely with Molemo “jub jub” at MojaLove tv & experienced many sexual advances which were declined. His interview on Mac G’s podcast was reckless & he deserves the back lash. I believe you.”

This led to Moja Love distancing itself from the Uyajola 9/9 host, “Jub Jub conducted an interview on Podcast and Chill with MacG, which aired on Channel O yesterday, in his personal capacity,” Moja Love said.

“Moja Love was not part of the editorial of that interview and is not associated with the content thereof. As a channel, though we don’t condone any Gender Based Violence in any way and under any circumstances. As Moja Love, we have decided to suspend Jub Jub,” their statement reads.

Also Read – MacG did not see this coming, Dj Sbu finally responds to him saying he is