The Queen actress Phumeza spills the beans about working with Connie Ferguson and playing Brutus’ girlfriend. 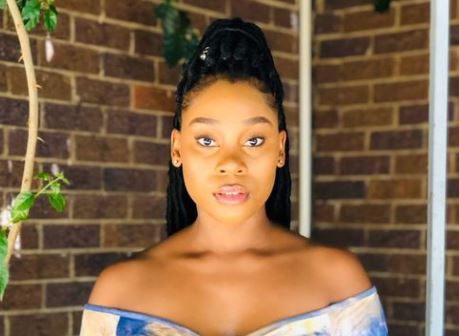 Former The Queen actress, Kwanele Mthethwa who exited the show recently opened up about her role on the show.

The 25-year-old actress said acting along with thespians, Connie Ferguson and Themba Ndaba was a dream come true for her as she watched them on TV growing up.

Having to disrespect Connie Ferguson on The Queen as she played Phumeza, Brutus’ girlfriend, was not easy.

Phumeza was killed by Connie’s character (Harriet Khoza) after she disrespected her in her house.

Fans applauded her character for trying to dethrone Harriet Khoza as the queen of the mansion.

The young actress states in an interview that she was sweating a lot and could not believe what she was doing.

When asked how Connie Ferguson treated her behind the scenes, Kwanele says Connie was very nice and made her feel comfortable.

“She is used to people being nervous around her, so she knows how to handle those situations. She was very welcoming, and we had a couple of conversations in between takes. She made me calm down, she was pretty cool, and made working with her very easy actually.”

She also confirmed what viewers of the show have long suspected, that her on-screen boyfriend, Brutus, doesn’t stick to the script.