Things getting out of hand at Konka – Pics

Things getting out of hand at Konka. Konka is a popular night hangout in Soweto, known for attracting celebrities and wealthy people from all over South Africa. Who owns Konka? You are about to find out. 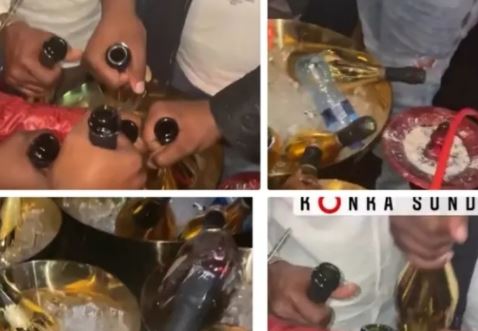 Kutlwano Pitso owns Konka. He is a young South African businessman. Konka became so popular that people like Mamkhize and Julius Malema also went there. 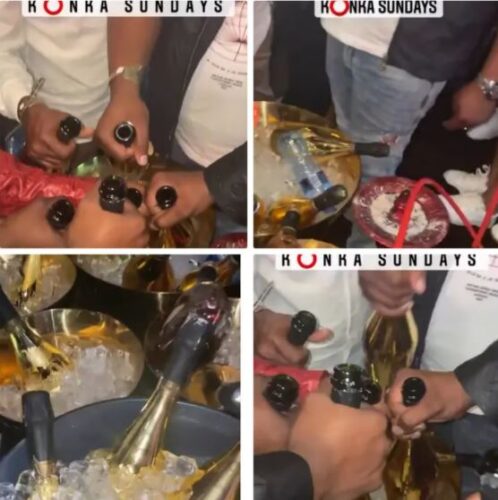 People who have once gone there explains that Konka it’s not for anyone, but if you want to go to Konka you must have money because things there are expensive, just the other day a video of a guy who recently went to Konka was shared on social media telling people that a small bottle of water cost R40.

Some people feel that people who go to Konka a just pushed by peer pressure as they waste money unnecessarily buying expensive alcohol. 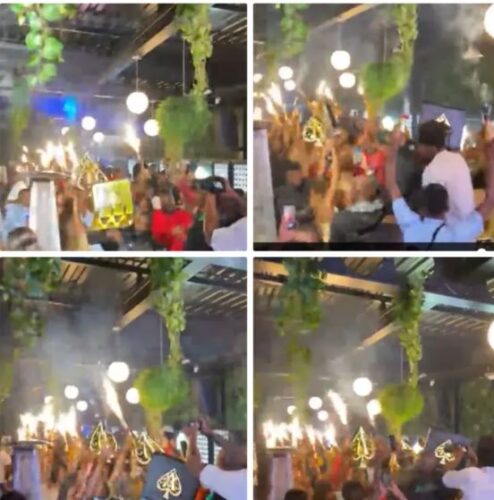 It got worse after what happened yesterday where a guy did the unthinkable at Konka. A video of someone at Konka who decided to break a record of buying 20 Ace spade one of the most expensive champagne that’s allegedly going for R5500. So it’s alleged that this person spent R110 000 yesterday at Konka.

People are worried that things are getting out of hand as people are overdoing things now. There’s nothing wrong with having fun but spending this kind of money just to make other people happy and probably content and followers on social media.

People are not pleased by this at all as they feel that black people will never get rich as the minute they get money all they think about is pleasing people by buying them alcohol and other Unnecessary things wasting money. That’s why we have shown as I blew it, it’s for people like this one who do things just to please people. Because if you can notice the majority of people who appear on that show are black people. 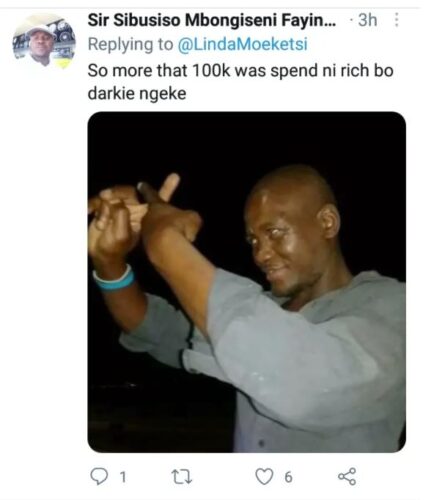 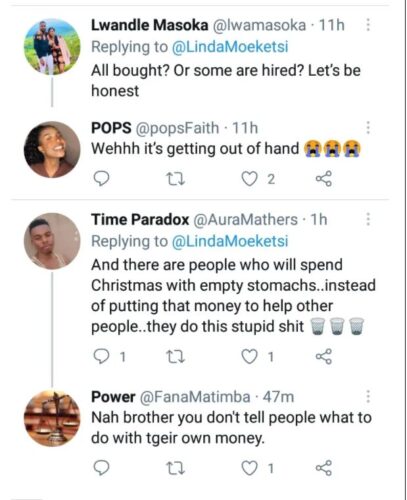 Konka is a nice place to chill and have fun not to prove a point, this lifestyle is for people who have money who won’t worry about tomorrow even Mamkhize she didn’t do what this person did. She just went there to have fun and she is a millionaire but yet we have a man who is hardly known and yet his doing this kind of thing.