Woman marries herself – I am sick of these men – Pics

Woman marries herself – I am sick of these men. A South Sudanese woman has walked herself down the aisle explaining that she is tired of dealing with men.

She posted a picture of herself in church dressed in an off-white gown with a bouquet in her hand.

In a tweet captioned, ”Sick of these n***as, so I made my own vows to myself”, the ebony lady vented.

The lady named Ayuol Manyok based in Australia expressed that she had had enough of men and she was done dealing with their rot.

Sick of these niggas, so I made my own vows to myself 👰🏿‍♀️ pic.twitter.com/xvBufz4Ozd

However, this was all a joke according to her. After her tweet received a lot of mixed reactions from social media users, Ayuol Manyok, responded saying it was not a real thing and that she was making a joke. 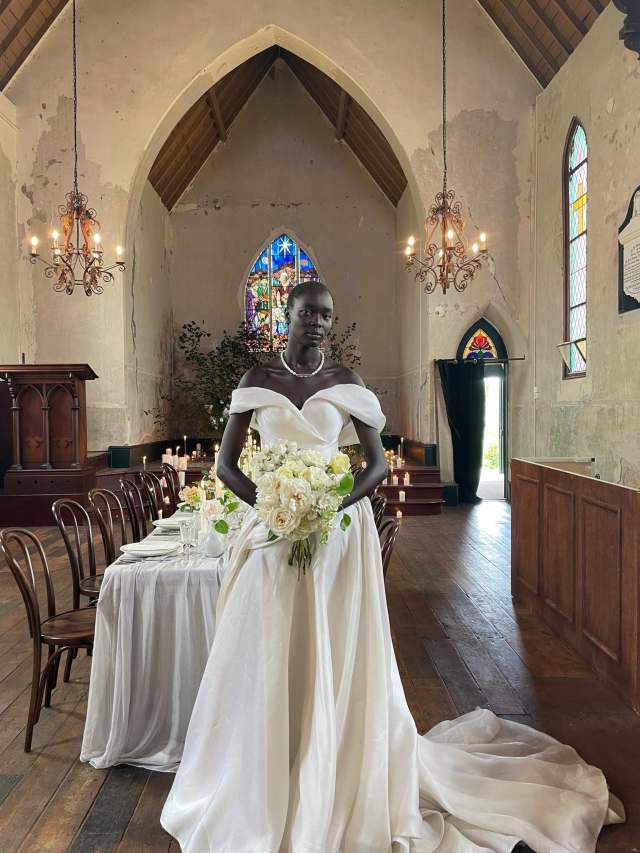 ‘They really can’t take a joke huh ?‘, she wrote. ‘Girl, this is a bridal photoshoot I did, the caption is supposed to be witty‘, she added.

Girl, this is a bridal photoshoot I did, the caption is supposed to be witty